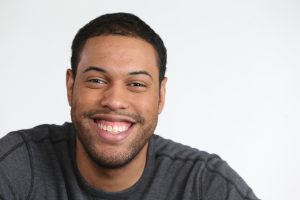 Josh Carter is a native Brooklynite and a veteran of the NY comedy scene. In October 2017 he headlined Caroline’s Breakout Artist series and can be seen performing comedy every night in bars, alt rooms and comedy clubs in NYC.  He is also a frequent guests on various podcasts including Race Wars w Kurt Metzger and Sherrod Small and  Mornin’ W Bill Schulz. If you’re in NYC, come see him at The Stand for “Northern Discomfort” every other Tuesday night or Fridays at a free weekly show called “Polished Comedy” at Beauty Bar. Josh has made cameos on Broad City and The Jim Gaffigan Show. Josh also likes pie, barbecue and is a good hang if you’re good people.